Imagine a landscape like a scene from a western movie, or maybe another planet, or maybe the moon. No need to imagine, just pay a visit to the City of Rocks State Park in Southern New Mexico.From a distance the City of Rocks does indeed resemble a city rising unexpectedly from the desert. As you get closer, you see that the "city" is actually made up of boulders of all shapes and sizes, many larger than a building. 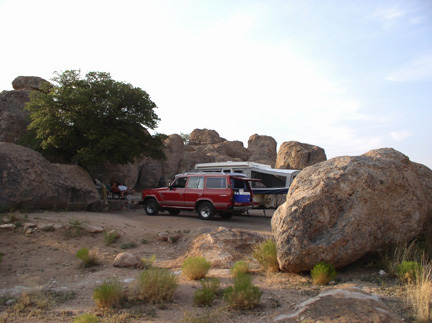 The City of rocks was formed when an ancient volcanic eruption deposited a massive layer of ash.Millions of years of erosion by wind and water sculpted the compacted ash, forming free-standing boulders, arches, and pathways almost like city streets or alleys.

Campsites and picnic areas are scattered among the boulders, making this a great place to spend a day, or a week, wandering through the maze of pathways, hiking several trails, or just relaxing under a shade tree. 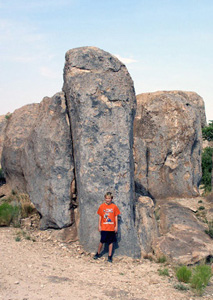 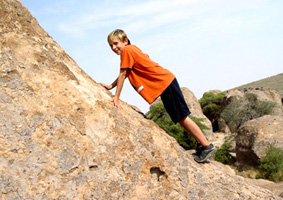 Kids love it here, so turn them loose to explore and climb among the rocks.Teach them to be on the lookout for rattlesnakes, which are rarely seen and generally more afraid of us than we of them.

Here's a short video we made about one of our favorite places...

Go HERE for the Official City of Rocks website.